YES TV is a commercial television station committed to positive, family-friendly, entertainment programming. YES TV is licensed and regulated by the CRTC as a religious channel and an exclusively Canadian television station, available in 6.8 million homes across Canada.

YES TV® is Canada's most watched Faith and family values station. As a religious broadcaster, we create a welcoming platform for the multitude of spiritual voices of Canadians to share messages of hope, justice and values.

We encourage saying yes to those moments where laughter saturates the atmosphere as your family watches TV together after dinner. We say yes to watching stories of peoples’ lives being changed, and you passing that good news to someone else. By encouraging people to say yes to positivity, we encourage people to live life fully, and to approach the world with an affirmative position, to “say yes.” We value community, family, passion, happiness, inclusion, sharing, discovery, faith, and social justice. 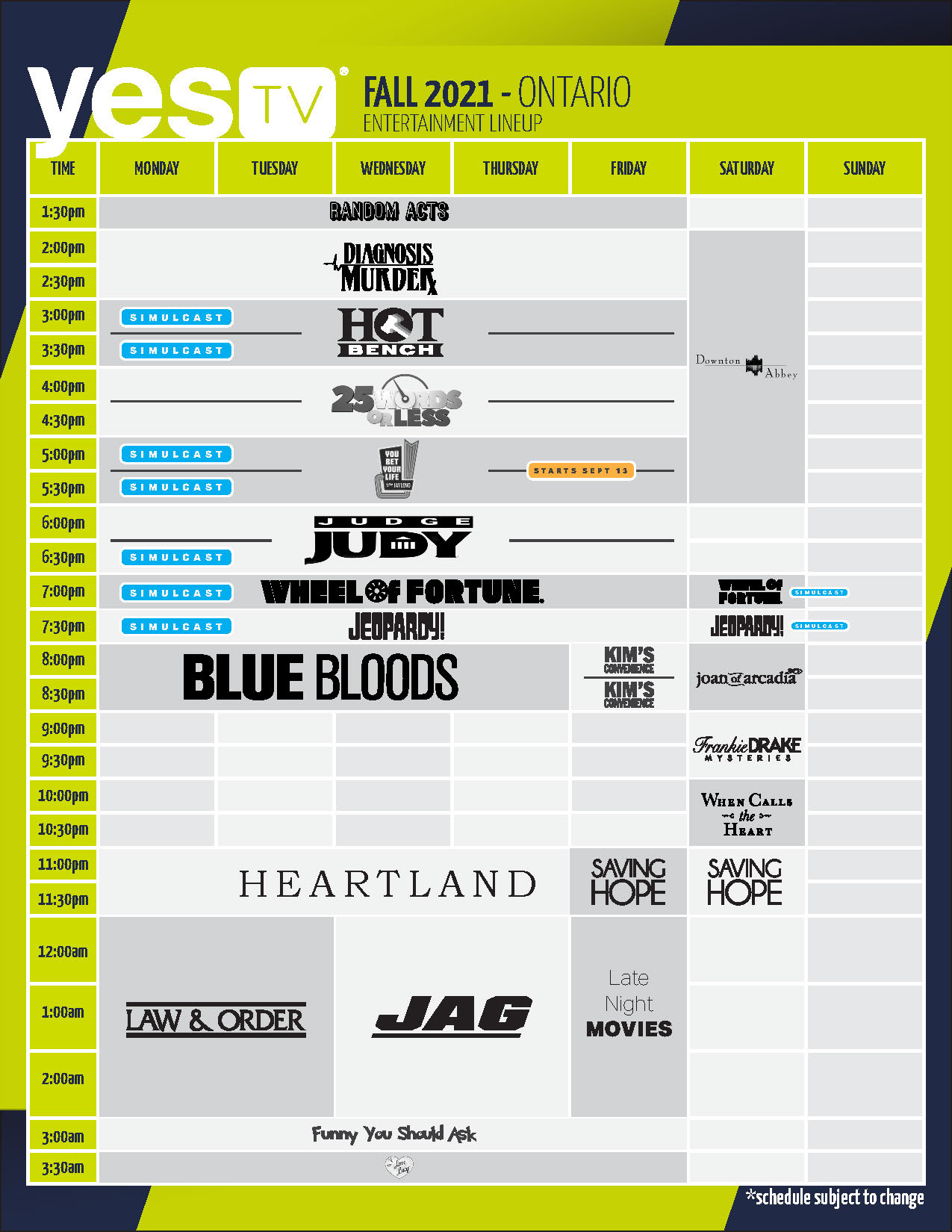 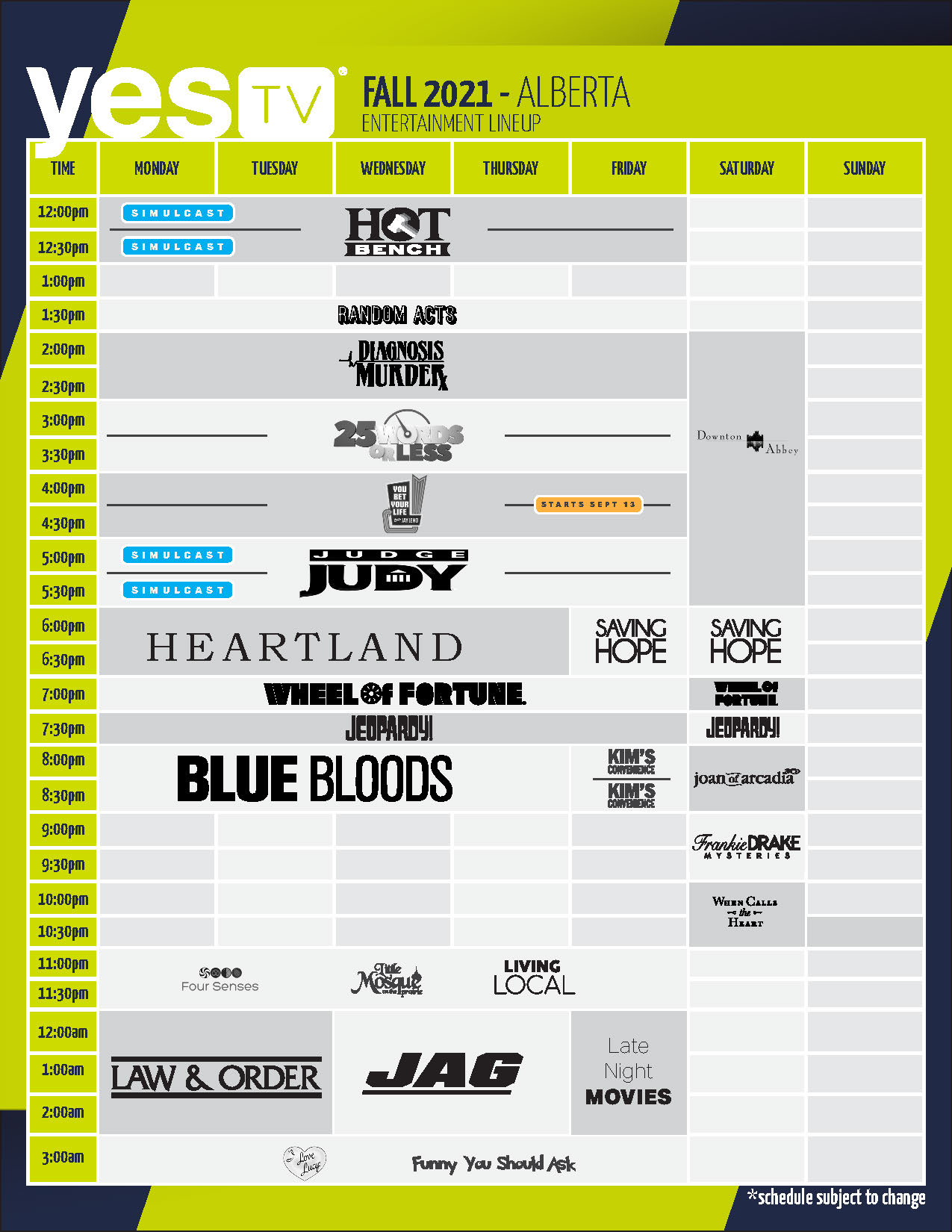