At 5pm on December 1, 1956 CHEK-TV, B.C.’s first privately owned television station and affiliate of the CBC network, hit the airwaves. Over the next six decades, the station’s identity, logo design and network affiliations changed numerous times, until in September of 2009, CHEK became North America’s first and only employee-owned television station.

In the last 60-years the evolution of CHEK has come full circle. Live television of the past gave way to film, videotape and satellite feeds, only to find its way back to the energy and spontaneity of ‘live’ news broadcasts. Throughout the station’s incredible history it has continued to produced popular local programs relevant to viewers on Vancouver Island. Most of the station-produced programs in the early days were primarily entertainment shows such as the TV House Party Show in 1956, the Ida Clarkson Show from 1962 to 1991 and Club 6 where local teens could come and try the latest dance moves every afternoon ‘live’ in the CHEK studio located on Epsom Drive in Victoria. From the days of CHEK-TV’s founding father Charlie White to the present-day employee-owners, CHEK has a rich legacy of producing local news, weather and sports as well as information programming including the current crop of productions like Cookin’ on The Coast hosted by Garrett Schack, The Wealthy Life with Sybil Verch, Trend with Amy McGeachy and of course the time-honoured CHEK Around with Gordie Tupper, to highlight just a few.

Over the past six decades, CHEK has grown to meet the ever-changing needs of advertisers and audiences. Gone are the days of live commercials, where the message was more important than the length. Today, CHEK’s award winning Creative Services department captures an advertiser’s message in a precise highly-crafted, 30 or 15 second spot that is often complimented by on-line advertising.

CHEK has been part of the fabric of the communities it serves since 1956, and continues to provide viewers with compelling and comprehensive news coverage from all across Vancouver Island seven days a week. Giving back has also been a major part of the station’s 60-year history. CHEK continues to dedicate its people, airtime and resources to countless events and causes. 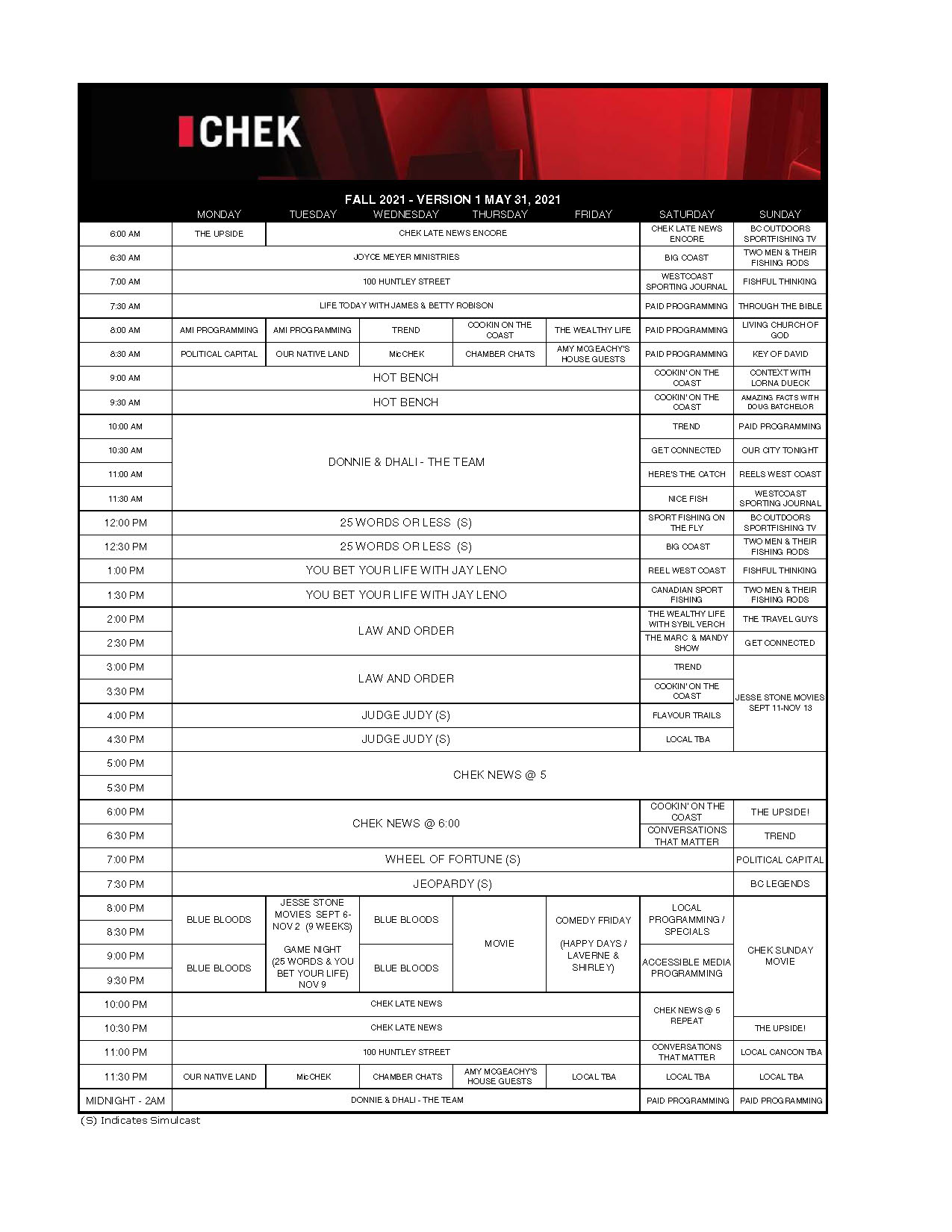